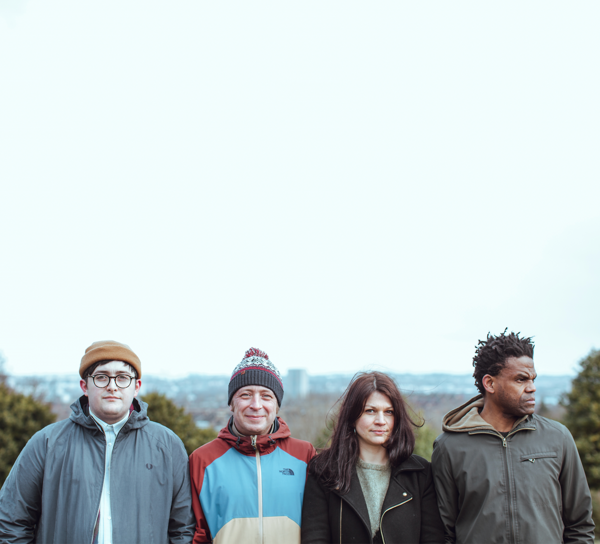 While touring the world as guest multi-instrumentalist with Mogwai, Luke Sutherland (Long Fin Killie, Bows, Music A.M.) used the downtime to sketch a bunch of songs. Once he got home, he wrote a handful more and recorded them with the help of a few friends at his cottage on the edge of the Scottish Highlands. The result was an album’s worth of material with references ranging from My Bloody Valentine to Teebs, Lemmy-era Hawkwind to ABBA, Vaughan Williams to Boulez

Keen to translate the radiant chaos of the recordings into a live setting, Luke put together Rev Magnetic, featuring Audrey Bizouerne (Gift Horse), Sam Leighton (live with Prides, St MARTiiNS) and Gregor Emond who played with Luke in a band called Hynd, way back before the birth of the internet. Combining elements of dream pop, shoegaze, R&B and post rock, their first single, Like No Girl That Ever Was/Don’t Let Joy Destroy You is the sound of summer at full surge.