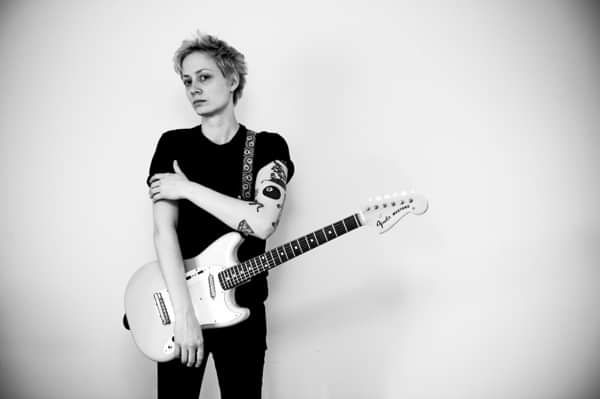 With her third album, The Details, Mo Kenney traces her own strange, devastating, and ultimately hopeful trip through the trials and tribulations of booze-fuelled breakdowns, clouds of depression, and disintegrating relationships. On each of its 14 tracks, she unflinchingly confronts her annihilation and eventual redemption, leaving nothing out. The concept album is her most personal and cohesive work to date—combining elements of bruising rock ’n’ roll, vivid psychedelia, and haunting, left-of-the-dial pop, Kenney navigates the darkest waters in her life with self-deprecation, genuine soul-baring, and typical black humour. It opens with a calm before the storm as the eerie sadness of “Cat’s Not a Cake”—about splitting a beloved pet in half as a relationship falls apart—provides a deceptively gentle beginning to a ride that swiftly steers into self-destruction.

Following up with the off-the-rails overdrive of “On The Roof,” The Details explodes out of the gate, finding Kenney unable to escape the dangerous spiral she finds herself in. Before and during writing the album, Kenney was en route to rock bottom: depressed with dark blues and drinking like a fish, unable to hold herself or her relationships together, alienating the people she loves, and living hell-bent on oblivion. She comes to terms with her own toxic behaviour while channeling the late Elliott Smith through spectral atmospheres on “June 3rd.” With “Maybe I Am”—a reverb-soaked tune that turns to punchy guitar riffs—she realizes in the midst of trying to hook up with someone that she can’t interact with humans properly. The hazy, laid back calm of “Counting” finds her worried she’s fallen so far into despair that she’s losing her mind. And the vicious, rollicking “If You’re Not Dead” shows her playing warped mind games over feral guitar solos and biting hooks.

Somewhere along the way, Kenney finds herself dazed and broken in a place that not many people find their way back from. “Unglued,” with its breezy sway, is likely the most summery song put to tape about being fed up with your own messy self. “I Can’t Wait” recalls the gauzy dreamscapes of Yo La Tengo with a hushed and grateful understanding that as bad as things are, it’s not the end of the world. But it’s not necessarily smooth sailing from there, as Kenney struggles to stay optimistic with “Lights Out,” and sings about getting clocked in the face at a bar by some meathead during “Punchy.” Still, she can’t help but find the hilarity in getting slugged, slyly laughing through her bloody teeth the whole time.

Finally, she arrives in less troubled seas, closing softly on the sparse, clear-minded “Feelin’ Good.” The storms weathered to get there may be the kind that leave lasting scars (or at least a few post-bar stitches), but with clear skies on the horizon, Kenney wears those scars as a reminder of what she’s been through, and the kind of seasons in hell she’s capable of enduring. Her latest is a record of all those storms and the routes and detours and trials of pushing through them while keeping her sense of humour gracefully intact. By turns rowdy, reflective, brave, funny, and deeply honest, it signals an already accomplished songwriter coming fully and completely into her own as an artist. The Details vividly documents Kenney’s fight to survive her own worst enemy—herself.

In My Dreams is a stunningly accomplished and exciting follow-up to Mo Kenney's 2012 much-decorated and universally-acclaimed self-titled debut. Released on New Scotland Records/Pheromone Recordings on September 30, 2014, In My Dreams showcases an artist who has grown in every facet of her craft - as a singer, songwriter, guitarist and performer.

The album reunites Mo with her key creative collaborator and musical mentor, Joel Plaskett. The East Coast rock icon produced, played on, and co-wrote some of the material on her first record, and the two were clearly on the same page in terms of a sonic mandate for In My Dreams. "I knew it would be more of a production in terms of using a band," says Mo. "I'm playing a lot more with a band live now, so I wasn't afraid to go in that direction and make it less acoustic-based."

Even though there's a full band sound to some of the material on In My Dreams, most of the instrumentation came from Kenney and Plaskett themselves, Mo explains. "Joel did all the drums and bass and he played some of the organ. I did all the electric guitars [Kenney's ability to shred sets her apart from folkier peers] and I played some Wurlitzer and Rhodes."

The Mo Kenney album was recorded in Plaskett's previous more basic space, and Mo loved working in his new facility, New Scotland Yard, in Dartmouth, NS. "He has a super hi-fidelity Neve board now, so the difference in the sound quality in the studio was really noticeable," she says. "It has plenty of analog equipment, and I love the sound of tape."

This recording method and the prominent use of vintage keyboards has paid real dividends in the warm and rich sound of In My Dreams, one that remains built around Kenney's emotionally eloquent voice. Listen to “Untouchable" (featuring a powerhouse vocal performance Neko Case or Adele would be happy to claim) and "Mountains to the Mess" and you won't dare to disagree. The rich harmonies on the record are all Mo's own, and they add a real resonance to such other tunes as "Field Song" and "Pretty Things."

An early version of "I Faked It" was written by Kenney, Gordie Sampson and Willie Stratton at Sampson's renowned songwriting retreat, The Gordie Sampson Songcamp, and a revised version (featuring input from Plaskett) is the sizzling first cut on In My Dreams. Three other Plaskett-Kenney co-writes ("Untouchable," "Take Me Outside," and "In My Dreams") nestle neatly alongside five solo Kenney compositions and one cover, and the first single, "Telephones." That latter song was originally written and recorded by East Coast rockers Mardeen for their 2008 album Read Less Minds. "I fell in love with it immediately," Mo says. "I loved the melody and the catchy chorus."

In My Dreams takes the listener on a memorable emotional rollercoaster ride. The journey ends on an up note with "Dancing": "you're the sweetest dream cos' I don't have to sleep." Sweet dreams are indeed made of this enchanting record. 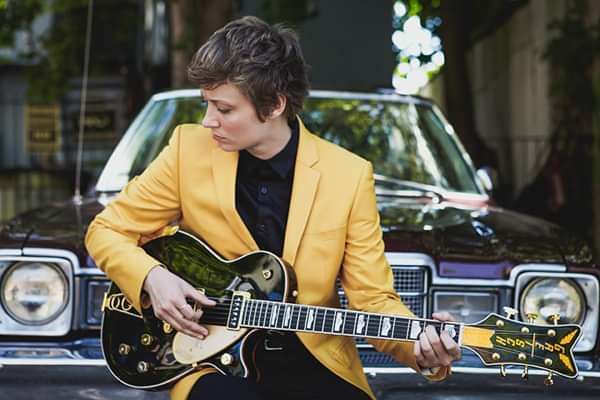