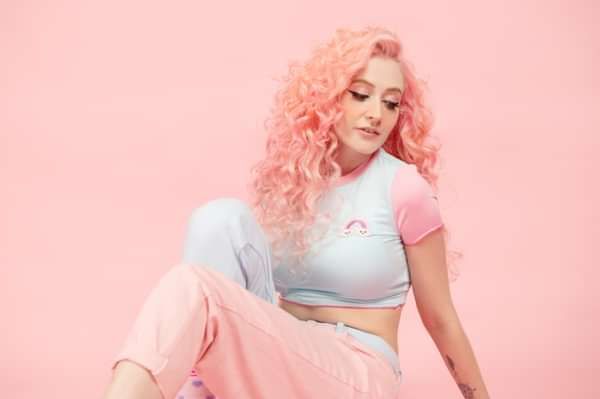 From the age of six, Janet was fully immersed in the sounds of her home, playing tin-whistle and fiddle in a local cèilidh band. Later, she translated these influences to her YouTube channel, where amassed a dedicated fanbase through the eclectic range of songs she covered.

Janet’s highly emotional sound is formed by a fusion of traditional folk, country, indie and quirky pop, topped with vocals that transcend genre and allow for a transformation of any song she sings. This was evident in 2010, when she shot to national fame with an unforgettable cover of Elton John’s ‘Your Song’ in her X-Factor audition.

Since then, she’s honed her skills as a singer-songwriter, establishing her own narrative birthed from the virtual scrapbook of favourite music. Her debut album ‘Running with Scissors’ was an opportunity for Janet to define herself as an artist, further refining her own brand of quirky folk-pop.

Constantly evolving as a storyteller, 2020’s ‘Confessional’ saw Janet translating her personal battles into a fairy-tale folk-pop universe, immersing listeners into the traditional Irish-folk soundscape of her youth. The acclaimed album saw Janet stand sure of herself while the world descended into chaos. Facing her darkest demons head on, the artist embedded a deep vulnerability within the album, resonating with an audience living amid unprecedented times. Her unapologetic honesty continued into her autobiography, allowing a filter-free insight into her life up until that point.

‘It’s Not That Deep’ sees Janet’s artistry evolve once more, while maintaining a strong sense of her identity woven throughout. She’s true to her origins, re-visiting ‘Your Song’, but reflects on the tiresome journey of finding a place she belongs within the summer road-trip inspired ‘Place Called Home’. Janet briefly sheds the folk influences adopted on Confessional and enters into the blissful, yet reflective aura of this new era.