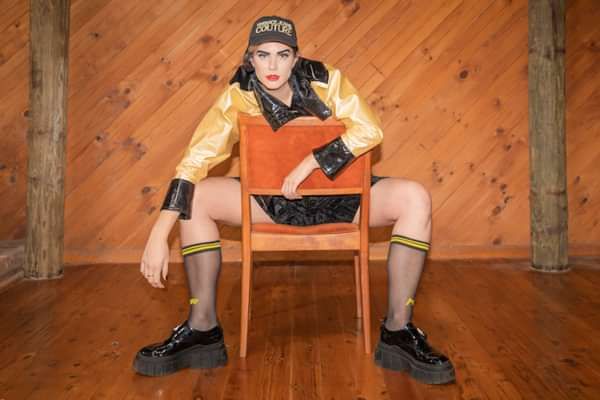 Touring in support of her latest single, ‘Cost Of Love’, which she describes as “Shania Twain + Daft Punk meeting at an 80s aerobics class, sweatily hooking up and having a gay baby… she would be named ‘Cost of Love’.” The new track, which was added to full rotation at Berlin’s Flux FM, is driven by shuffling drums, hooky guitars reminiscent of the late 70s and of course Sandridge’s unmistakable voice. This is the first release since her acclaimed debut album ‘TRY + SAVE ME’ in 2019. ‘Cost Of Love’ is without question, a testament to Sandridge’s ability to write a sophisticated and unforgettable pop-banger.

Katherine Aly is a unique talent with a genre-defying style based in Edinburgh, United Kingdom. The singer songwriter has already been championed by BBC Introducing, The Scotsman, The Scottish Sun and Jim Gellatly, The Skinny magazine, The Unsigned Guide, scores of blogs and Spotify playlists and featured in Vogue Italia. Her releases so far include the singles The Skin I’m Made Of, Sunny Days, Misty Me, God Breed and Butterflies.

During the pandemic she continued performing for online events, on social media and did an outdoor secret show for her top Edinburgh fans and subscribers; she also got nominated for Best Female Artist on the Online Radio Awards 2020. Katherine is set to release her new 80s style synth-pop single, Glow & Ignite, which already received first spin from BBC Introducing, who enthused, “..that hook is SO catchy, we’ll be singing it for sure. Katherine is definitely reeling us in with those ear worms!”. She’s also scheduled to perform live in various venues and festivals around the country for the rest of the year.