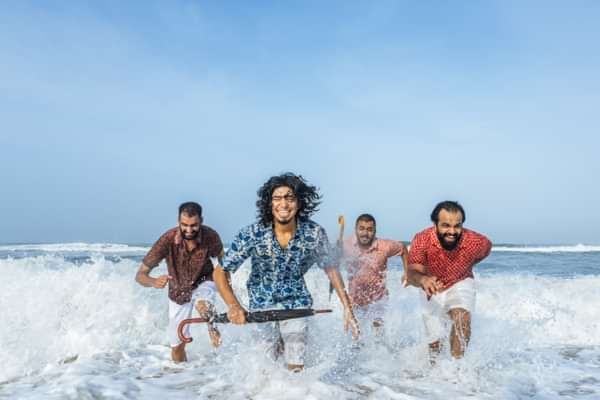 India's ever-evolving When Chai Met Toast balances their folk-pop roots with forays into indie rock and alternative rock. The quartet officially came into being with their debut EP 'Joy of Little Things', drawing upon multi-lingual lyrics and infectious sing along choruses. Over the next year, they crafted what became the 2018 breakout 'Khoj (Passing By)' from their sophomore offering 'Believe', achieving both critical and public acclaim. They have continued to experiment with their sound, with their eclectic but accessible brand of pop music making them festival favorites in the country.

Founded in 2016, When Chai Met Toast consists of vocalist Ashwin Gopakumar, guitarist Achyuth Jaigopal, keyboard player Palee Francis and drummer Pai Sailesh, who met in the music circles of Kochi, Kerala. The collective made a swift rise, and their energetic live performances endeared them to crowds internationally.

The follow up to the two EPs, the band's first full length album 'When We Feel Young', features electric guitars, synths and a pop flourish while retaining some of their previous English folk-indebted sound. The album deals with thoughts about happiness, remnicense, fate, love and belief. The songs Kahaani, When We Feel Young and Ocean Tide from the album have been extremely well received.