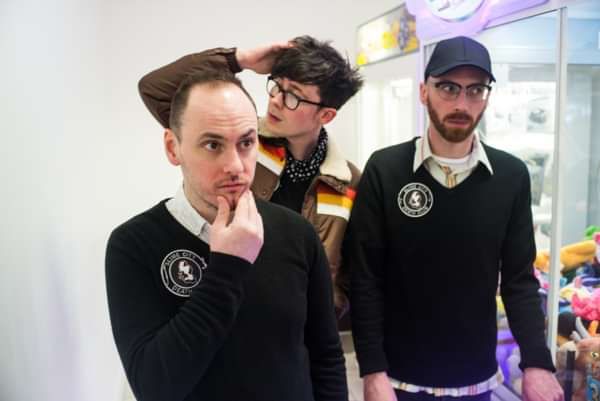 SLIME CITY come from Glasgow and play fast, existentialist nerd rock for people who like both sighing and fighting. In 2019, they released four DIY singles, including 'You & Everybody That You Love Will One Day Die' ('Sound of the summer' - The actual BBC). After signing with Scottish indie label Last Night From Glasgow, SLIME CITY refused to record an album, claiming they will instead release 14 singles and then a 'best of'. Before the plague, they played sold out shows in Glasgow and London and embarked on a short tour with cult rock legends MCLUSKY on which they screamed odes about dial-up internet, having no money, and Jools Holland, all the while playing a shoe that sounds like a broken Nintendo.

"They sound like Dead Kennedys on a diet of Cardiacs and Life, a bit like those few great Sparks albums released around 1974" - Louder Than War "Angular indie-pop bangers" - The Skinny "Discordant manic thrill monster" - The Herald

YOU AND EVERYBODY THAT YOU LOVE WILL ONE DAY DIE https://www.youtube.com/watch?v=haYdgklCO50