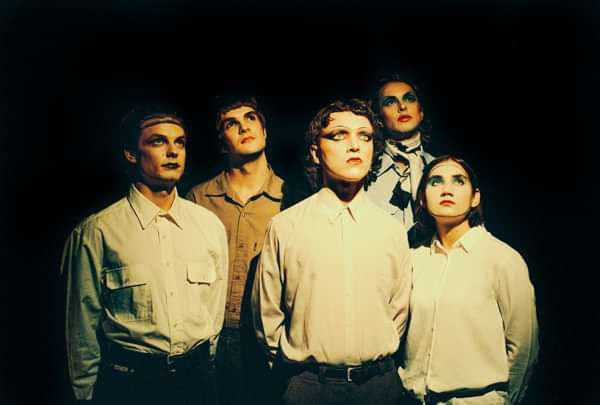 U-Bahn originated in Jan 2018 from a chance meeting between bedroom recording magician Lachlan Kenny and vintage synthesiser enthusiast Zoe Monk. Bonding over a shared love of analog electronics, Teutonic experimentalism and lo-fi bubblegum aesthetics, the duo initiated Leland Buckle, Jordan Oakley and Mitch Campleman into their sect and U-Bahn debuted their futurist glam-punk aberrations to the public in May 2018. Since then they’ve shocked and baffled audiences alongside Tropical Fuck Storm, ORB, The Babe Rainbow, Terry and starred alongside Melbourne’s favourite acts at Gizz Fest. Their music is an exploration of vice, post-digital mindscapes and dystopian sexuality, while serving as an altar piece to the dazzling weirdness of the 70’s and 80’s bizarro underground.