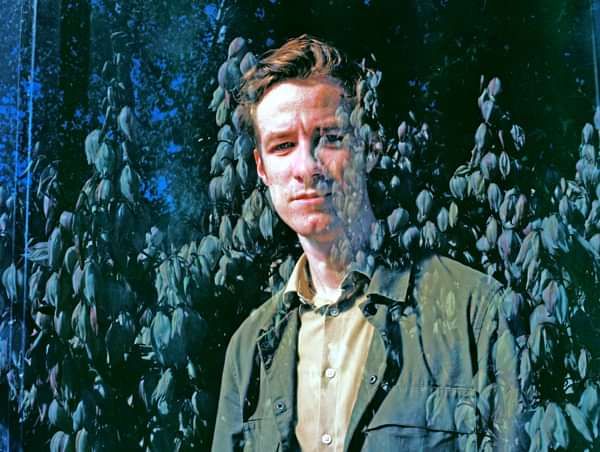 On a sunny mid-May afternoon, the quiet streets of Chandler’s Ford, Hampshire are alive with birdsong. Somewhere in the distance roofers yell, a deeper note alongside the shrill squeal of kids in the pub garden, where an astroturf lawn surrounds a centuries-old oak. Pollen floats through the air as a buzzard circles over the secondary school where William Doyle first began to make music.

The 28-year-old musician has returned to the landscape of his teenage years as inspiration for his first album under his own name. After two critically-acclaimed albums as East India Youth, (of which Total Strife Forever received a Mercury Prize nomination), new record Your Wilderness Revisited is a giant step forward, an exuberant record shaped by saxophone and thrilled electric guitar, featuring guest spoken word guests by Brian Eno (with whom Doyle has been working for a while) and the broadcaster Jonathan Meades.

It’s a dramatic shift in aesthetic and atmosphere, one that reflects the circumstances that Doyle found himself in when his father died suddenly in his early teens, prompting the upheaval of a move to the suburb of Chandlers Ford. The place is typical of many new developments built during the late 70s and 80s, usually on farmland at the edge of towns, houses and flats packed in around short cul-de-sacs that nestle amid ancient woodland. In Doyle’s case, the small house he moved to with his mum might be any other, were it not for the woodland that reached over the fence and scraped the windows. Doyle now reflects that this sharp abutment finds its reflection not only in the vivid contrasts of his new record, but having to deal with the shock of grief as a very young man. "There seems to be quite a lot of shifts between styles of music in my work, and I wonder if it's because of that,” he says. “All the changes I've had in my life have been... not destructive, but very severe, there's never been a slow transition. Maybe that's why I've made this sudden transition between East India Youth and working under my own name, because I've found a way of being able to change my circumstances when I wasn't really enjoying them anymore. That has been influenced by this landscape, by that house being right on the edge of the woods. It has a lot to do with the suddenness of grief.”

The accident in which his dad died happened when Doyle was 12, and he was home alone when the police came to tell the family what had happened. "I've never really talked to anyone about it, and I think making music has been a way of working through these things". It had been his dad who'd bought Doyle his first electric guitar a few years before his death. It was after that, when he'd moved to the house in Chandler's Ford, that he began to record music. He also spent hours alone, wandering this strange new landscape that he’d found himself in. “When you’re grieving you've got a hole to fill haven't you, and you try to find that anywhere,” he says. “Who knew I would find it just by walking through streets, and music? When you're dealing with grief, you need to get a perspective - that's what you're looking for, perhaps out of an unwillingness to believe that this is your reality now. There's got to be another way of looking at it, because otherwise you're confined to the situation, which is so binary.”

The early seeds of what was to become Your Wilderness Revisited were sewn when Doyle wrote his very first songs, one of which was inspired by pylons striding across a golf course that, abandoned, was reverting to woodland and scrub. His plan had been to record and release this music after Total Strife Forever, but there was neither time nor resources to fully realise his vision. "If felt very important to me to do it right, to have the time and space. In some ways I've had to go back to square one, which has been very positive.” In this new-found self-confidence, the songs that began to appear were so positive, exultant even. Given that his early sketches for what the record should be was a critique of the suburb in which he grew up, this came as a surprise. "I was trying to write without prejudice," he remembers. "Whatever came up was whatever I worked on, and it was always major chords, it wasn't downbeat. That's when I thought that every time the suburbs are interpreted in an art context it's 'oh it's all the same', and it became something very different from that. The possibility that you might have some sort of profound experience wasn't just localised to me, it's always there." In this, he found the glorious in these places otherwise written off as mundane, the lives of those within them ignored by art and culture. “When we're talking about the suburbs it's always looking outwards and up the train tracks to the big cities, but this wasn't it, it was always much more inwards, not a feeling of wanting to transcend it, but sinking into it,” he says. Then there’s the exploration of the parallel frustration that these are topographies seen as inferior to the sentimentalised landscapes. "You're sold this lie that you can get this breadth of experience through mountains and nature, and while that is great, so are avenues and cul-de-sacs. The promised land doesn't have to be the Lake District, the Rockies or Alps, but a coppice in the middle of a suburban estate - it can be down the road.” Your Wilderness Revisited’s intense evocation of the psychedelic experiences he felt walking through Chandlers Ford gave him as being the most personal music he’s ever made, the story of his journey to finding a new sense of self in music as recovery from grief. “This record isn't about my dad, that's part of the overall,” he says. “It's about that but also these places, architecture, asserting my identity as William Doyle after East India Youth, it can be all those things, I'm always looking for that multiplicity.”

Tony is a British-Nigerian electronic music producer and singer-songwriter from London. His self-penned and produced songs have been described as 'strikingly evocative soundscapes, managing to make even the shortest pop songs sound like epic adventures.'

This spring Tony will be embarking on his first UK headline tour this April. This comes after the momentous year Tony had in 2016; from self-releasing his acclaimed debut album ‘In Greyscale’ last June, to performing numerous shows around the country including his acclaimed set on the main stage at last years Green Man Festival, a concert considered a highlight by many viewers including festival director Fiona Stewart and Huw Stephens (BBC Radio 1). 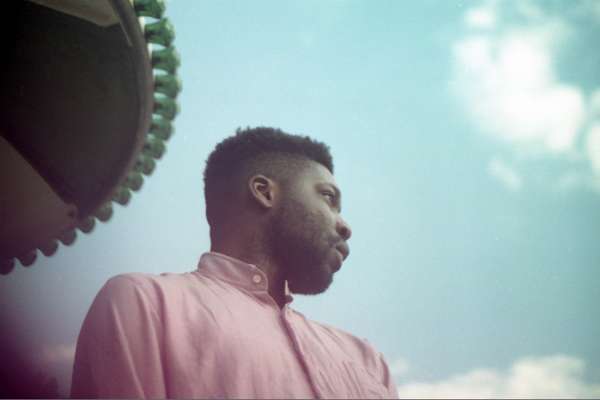