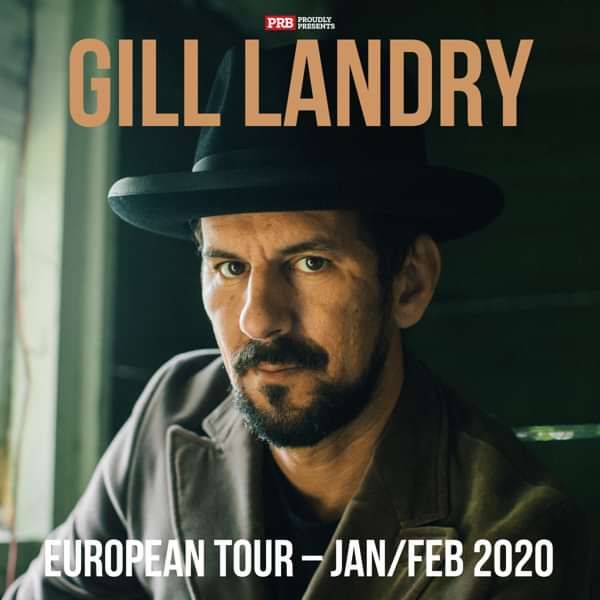 Skeleton At The Banquet is the new album from two-time Grammy award winning singer-songwriter and multi-instrumentalist, Gill Landry.

Landry was originally from Louisiana and started out as a busker on the streets of New Orleans before becoming a contributing member of the band Old Crow Medicine Show with whom he recorded 4 albums and toured from 2004 to 2014. He’s released 4 solo albums to critical acclaim, featuring such artists as Laura Marling, Brandi Carlile, Klara Söderberg (First Aid Kit), The Felice Brothers and Karen Elson among many others. Landry has toured extensively internationally in his own right, and has also supported Mumford & Sons, Brandi Carlile, Ben Harper, Laura Marling, Ben Howard and Bruce Hornsby.

Skeleton At The Banquet is Gill Landry’s fifth solo studio album and the follow-up to 2017’s Love Rides A Dark Horse (Loose/ATO). “This album is a series of reflections and thoughts on the collective hallucination that is America,” he tells us. “With a love song or two thrown in for good measure. I wrote it from within the refuge of a small flat, in a small village in western France where I spent last summer. I found it to be a good place for seeing the forest through the trees, so to speak.”

Skeleton At The Banquet will be released 24 January 2020 via Loose on LP, CD and digitally.