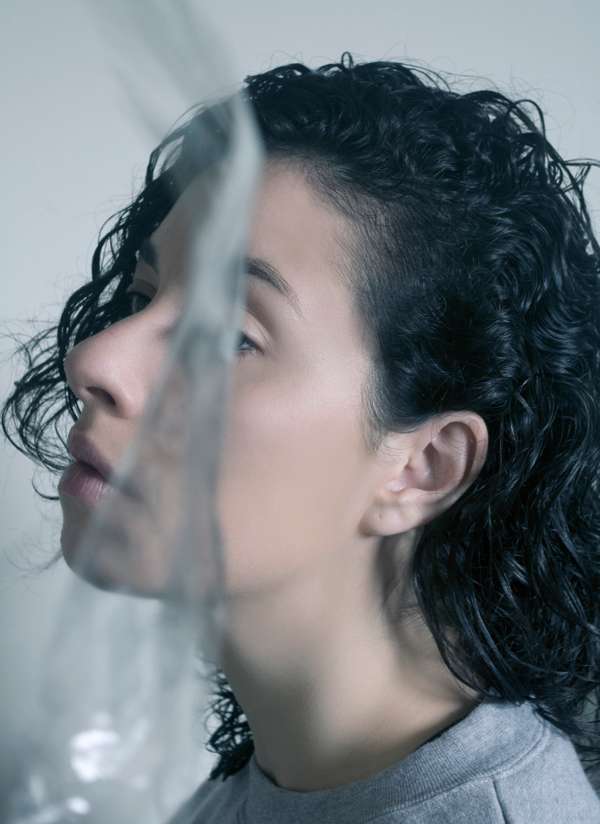 SHHE is the alter-ego of Scottish-Portuguese artist and producer Su Shaw. Her upcoming self-titled debut album tracks a period of intense personal change. The resulting record is a sparse, haunting and atmospheric journey of introspection and exploration of identity that demonstrates SHHE’s ability to capture movement, change and the light and darkness that haunt the human condition. As she puts it: “Each song on the album is questioning identity, but under guises and levels.”

To question her identity, SHHE had to deconstruct hers. This involved leaving her life in Fife, including her relationship, and relocate across the River Tay. Moving to Dundee, SHHE found herself in the company of creatives, who helped her widen her musical vision.

“It felt like a new life persona,” she says. “It's not a massive city, but for me Dundee was a real change. It felt like a new start. One of those people was photographer Harry Clark, who was also a dancer with Scottish Dance Theatre at the time.

The collaboration with Harry, a moving and graceful song called “Eyes Shut”, was also the first song that was written under the new name SHHE. The music video, filmed in a disused printworks in Dundee and which premiered on Dazed and Confused, saw SHHE push her artistry to new and daring scopes. Incorporating visuals gave her a wider understanding of how other mediums could impact and enforce the message of her work.

Still, it was important that the music – the heart of the project – was created in isolation. “I needed to go through that exercise of recording the album alone,” she explains. “Up until that point, I had been a real perfectionist. But if you're always striving for perfection, you'll never finish anything. I needed to put myself through that process.”

The album was also impacted by SHHE’s time in Iceland, where she began work on a project that explores the connection between sound, landscape and sleep. It was here she first heard real silence. “The sort of silence where you're standing on your own, surrounded by these beautiful snowy landscapes,” as she describes it. “At first that can be quite daunting but I it taught me how to slow down. I learned how to stop.”

This experience, paired with her time spent growing up in the forest of Fife, gave the album a sonically sparse soundscape. “I think that was very much representative of what was going on in my head,” SHHE adds. Songs like “Emma”, which delves into the experience of losing one’s identity when embroiled in intense relationships, and “BOY”, which slowly builds like an encroaching shadow, are wide and almost glacial in their production. However, the record isn’t all subdued. The outros to “Saint Cyrus” and “Beds” are disconcerting experiences, tugging the songs in multiple directions as synths and drums oscillate in your ears.

SHHE has found herself on the precipice of unlimited creativity and she’s ready to dive in head first. “I thought that you made an album, put it out and that was it,” she says. “There was a thing in the past where, with my approach to work, I had to be very organised. Now I am approaching things a different way. It's important to just go out and use what you find without any predetermined thoughts about what a project should be. I think I should go out and explore.” SHHE’s self-titled debut album, is only the beginning of this journey.