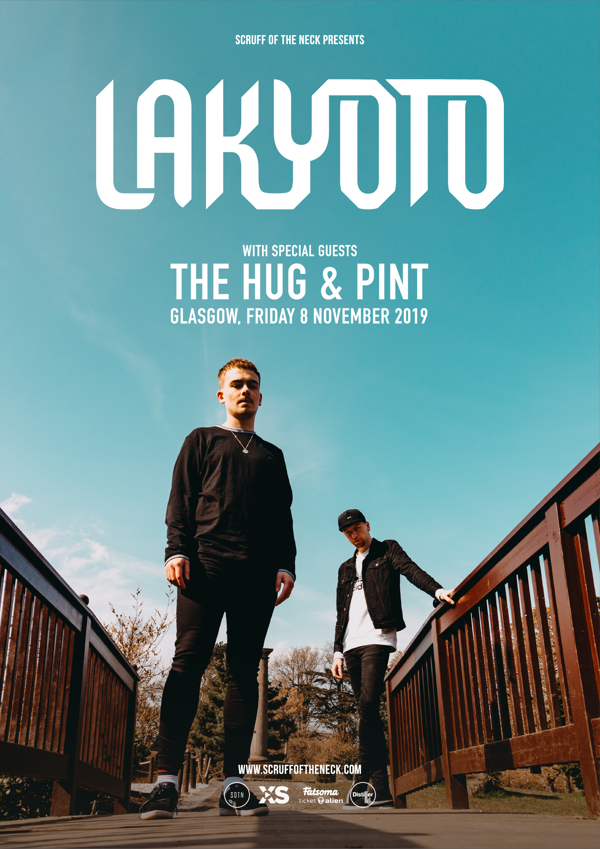 "Bold, brazen and utterly mesmerising. LaKyoto are a four piece Electronic Pop band from Scotland's music capital, Edinburgh. With their debut single, “Runaway”, the quartet caught the immediate intrigue of the city's top grassroots venues and promoters such as Off The Record, Wide Days and Scruff of the Neck.

Led by the mesmerising vocals of frontman Conor Joss, LaKyoto's material is a generous helping of hard hitting, electronic synth pop, akin to artists such as Everything Everything, The Naked and Famous & The Wombats.

After just a year in the public eye, LaKyoto were featured on Channel 4's Made in Chelsea: South of France among many other public broadcast opportunities like BBC Radio Scotland, numerous Amazing Radio playlists and Official Spotify Playlists including New Pop Revolution, HipTronix and New Music Friday greatly increasing their ever growing fanbase.

In late 2019, LaKyoto released their most successful single to date, “Invincible", featuring an infectious blend of jagged guitars, propulsive rhythms, quirky synths and irresistibly catchy choruses. LaKyoto's potential knows no bounds with new material expected to be . unleashed in the near future.

With a fiery passion and unique chemistry that translates perfectly from the studio into live performance, the four-piece have a hugely exciting summer ahead of them, with a number of shows and festivals lined up throughout 2019."