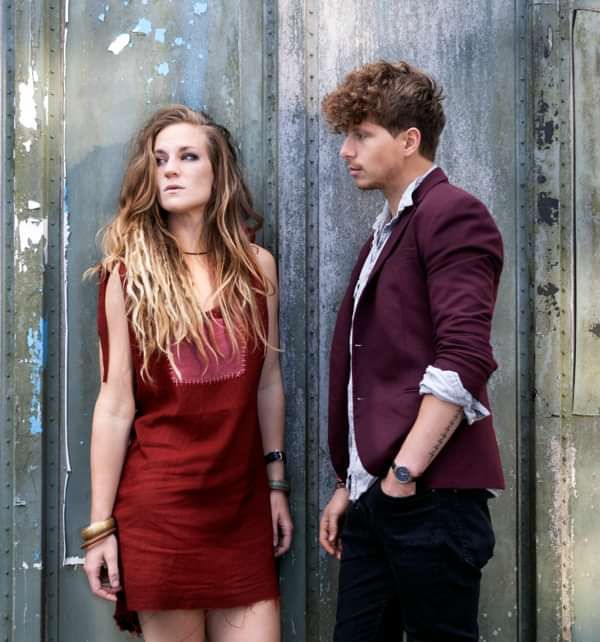 If anyone ever doubted the ability of music to re-route people’s lives, a page from the formative days of CoCo and the Butterfields will soon turn that around.

It’s 2012 in the historic city of Canterbury, where Songwriter Tom Twyman has a plane ticket in his hand, for the journey to a new life he’s mapped out for himself in Australia. Singer and multi-instrumentalist Dulcima Showan, meanwhile, has just left sixth form and is all set for art school in Dublin. Neither of them ever makes it though, because by now they’re in the early stages of a band that has very different plans for them.

The decision to stay was difficult at the time and yet so simple in hindsight, it saw the pair lead CoCo and the Butterfields on a steady and unmistakable upward incline, developing an enviable reputation for their exhilarating live shows as their inclusive, acoustic-based sound has ripened to maturity. During the ride, they’ve played to enthusiastic audiences all over the UK and Europe, selling out thousand capacity venues, touring the island’s o2 Academy’s and appearing at some of the world’s most prestigious music festivals such as Glastonbury, Isle of Wight and Bestival! On top of this, the band have played numerous support shows for the likes of Bastille, King Charles, Scouting for Girls and Wheatus to name a few.

In recent years CoCo have literally lived in their recording studio, taking the time to create a collection of songs that offer an honest and intriguing insight into their lives both together and personally. Starting with an exclusive premiere on Clash Music for their brand new single Monsters, within that description lies a tangible sense of triumph over adversity, and how a negative can be deftly orchestrated into a positive, in the story of Twyman’s tumultuous upbringing.

Constantly touring, constantly writing and never quitting, CoCo and the Butterfields will be making music for a long, long time.