Judy Alfereti: Don't Talk To Me About Love 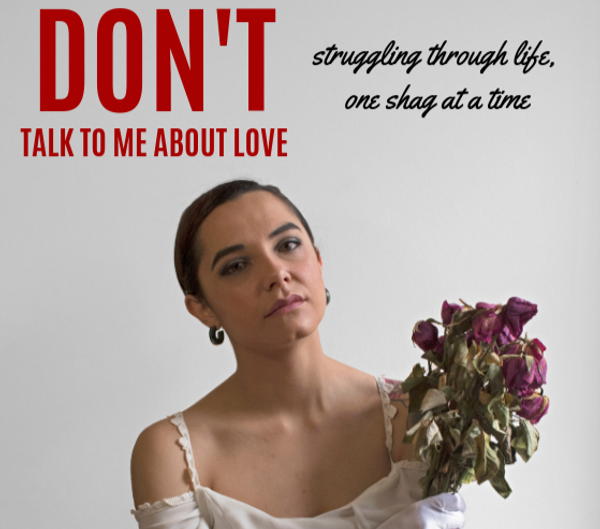 “Don’t Talk To Me About Love”

Judy Alfereti is, quite frankly, a riot. Top lad, super hot, but most importantly, a complete riot. After getting to grips with her borderline personality disorder, Judy is desperate to find love and spends her time shagging, drinking, being cool and wallowing in a pit of self-loathing, wondering why no one will ever love her and how much of a failure she is and why is she so broken. Like an absolute LAD.

“Don’t Talk To Me About Love” is a one woman comedy show that gives an honest, hilarious and heart-breaking look into sex, love, mental health and Vanilla Ice.

-Judy Alfereti is a writer/actor/improviser/producer based in Glasgow. Judy is a member of three improv comedy teams and can be found guest spotting with troupes across Glasgow and Edinburgh.

-Amelia Bayler writes and performs comedy songs or as she likes to call them ‘bangers.’ She is a stalwart at cult comedy night Chunks and at Monkey Barrel’s experimental night Project X. ‘Multi-talented, sharp as a tack - one of Glasgow’s most versatile performers.’ - Glasgow Live ‘Rising star of the Scottish circuit.’ - The Skinny As featured in The Skinny, The Evening Times, Vice and The Daily Record online. @ameliabayler www.ameliabayler.com -Hannah Rachel Cruickshank makes up one third of the popular improv group Couch. She performs at various comedy nights and is the brains behind many hilarious podcasts.

Judy Alfereti: Don't Talk To Me About Love