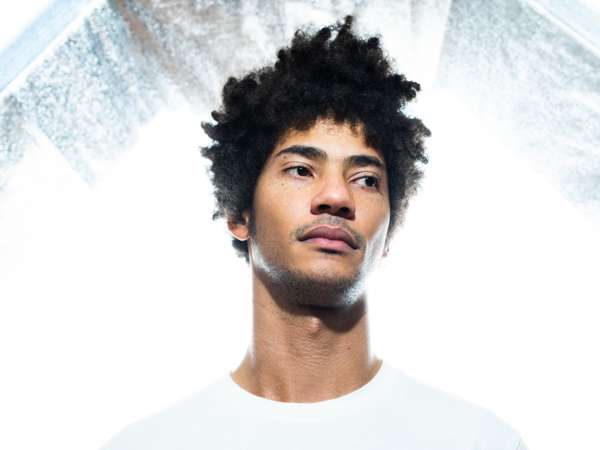 Skinny Pelembe is a multi-talented wonder, born in Johannesburg and raised in Doncaster, who crafts patchworks of personal and musical touchstones. First debuting in 2017, he’s honed a distinctive musical style; memories and observations are weaved together, sun-dazzled California folk diced with the murkier corners of the UK dance lineage. He celebrates flawed, post-recession Britain, exalting the UK in all of its imperfect, contradictory realities.

Releasing debut album “Dreaming Is Dead Now” in May 2019, he’s been tipped by The Observer, The Quietus and Huck. Singles “I Just Wanna Be Your Prisoner” and “Spit / Swallow” were both picked for BBC 6 Music’s A-List. He’s guested with Lauren Laverne, Mary Ann Hobbes and Tom Ravenscroft on 6 Music, with Jamz Supernova on BBC 1xtra, and recorded live sessions for The Vinyl Factory and Worldwide FM. He sold out a headline UK tour last year, was booked for 6 Music’s 2018 showcase at The Great Escape, and has supported Nightmares on Wax and Maribou State.

It was Future Bubblers, a Gilles Peterson- and Brownswood-founded, Arts Council-supported programme for unsigned artists, that provided Skinny with an important early launchpad. His track ‘Should You Go’, for instance, first self-released on his 2017 “Seven Year Curse” EP, was included on Gilles Peterson’s iconic Brownswood Bubblers series. It also sparked connections with other artists on Future Bubblers, such as Yazmin Lacey, who had been picked for the scheme in the previous year. The pair performed together at the 2018 edition of Gilles Peterson’s Worldwide Awards, and Lacey featured on Skinny’s “Sleep More, Make More Friends” EP later that year.

His music has spurred new connections and garnered him attention from artists he’s long admired, such as legendary producer and label boss James Lavelle (Mo’Wax), who tapped him up earlier this year, asking him to open for UNKLE at the Royal Festival Hall. The album is co-produced by Malcolm Catto (The Heliocentrics), and the producer’s connection to the LA hip-hop world saw Skinny's musical hero and iconic beatmaker Madlib drop by the studio during sessions for the record, while on the single “Dreaming Is Dead Now”, Skinny worked with a duo of foundational drum & bass producers – working under the covert alias of The Bleeding Edge – who he’s long looked up to. “When you have all these people that you hold in such high regard wanting to talk to you,” he says, “you're kind of like, ‘Yeah, maybe I can add something to the conversation.’"

Growing up in Doncaster, he had moved there as a three-year-old from Johannesburg, where apartheid South Africa had driven his parents – a mixed race couple – to find somewhere else to live. His varied approach to his influences started early on. His two older brothers were heavily into hip-hop, while he would also absorb the West Coast folk and country music played by his dad. The former has always influenced the way he thinks about his lyrics. “It’s just trying to be so transparent that when you hear it,” he says, “you don't feel like there's any pretense or thought or over-deliberation.” The latter, meanwhile, has continued to inform the way he writes songs, balancing out his tracks’ tougher moments with three-part harmonies, calling back to the spirit of Crosby, Stills & Nash.

He threw himself into the pockets of creativity he could find in his Yorkshire hometown, such as the Higher Rhythm studio (where much of “Dreaming Is Dead Now” was recorded), where he would started going to record music when he was 16. Its owner, Steven Mundin, would give him and his friends free recording time, and put them onto music, tipping him off to old funk, Gil Scott-Heron and Gilles Peterson’s radio show. Other reference points have come through chance encounters. It was a meeting at Leeds train station, where he was a student at the time, which led to the offer of a job in a boutique clothes store, where he was introduced to psych and experimental guitar bands he’d not heard before, and which saw him going over to Liverpool Psych Fest each year with his workmates.

The references for the artwork for “Dreaming Is Dead Now” speak to the diverse palette of influences which have always underlaid his approach, nodding to two of his favourite albums, Alice Coltrane’s “Journey to Satchidananda” and The White Stripes’ “White Blood Cells”. The album sees all of these different markers melded into something altogether new. Bright stitches of colour are threaded through dark-hued, heavyweight material, luminous guitar riffs slicing through tough, tight-programmed drum beats, much of it washed over with feedback and layers of reverb.

On “Dreaming Is Dead Now”, Skinny underscores his distinctive position as an artist. It’s a rare kind of debut record – the kind where the messy, in-between musical spaces are given space to shine, where hitherto untapped tangents are unfurled to see what might be found inside.

Adam Schatz is a musician. His band Landlady has three records out and another on the way, find them on Bandcamp or in boxes in his apartment. He runs a recording studio in Ditmas Park, Brooklyn where he produces records for other people he likes and makes his own sounds that get regularly released on his Patreon. He is devoted to baking sourdough bread and fine tuning his donut recipe. Find him on Twitter here and hear Landlady here.

Now part of Brownswood Recording's Future Bubblers, Skinny released "Mindset Is Fear" on November 21st through his own "Skinny's Own" imprint, and has already been getting spins by the likes of Boiler Room's Thristian, BBC6's Tom Robinson and more... 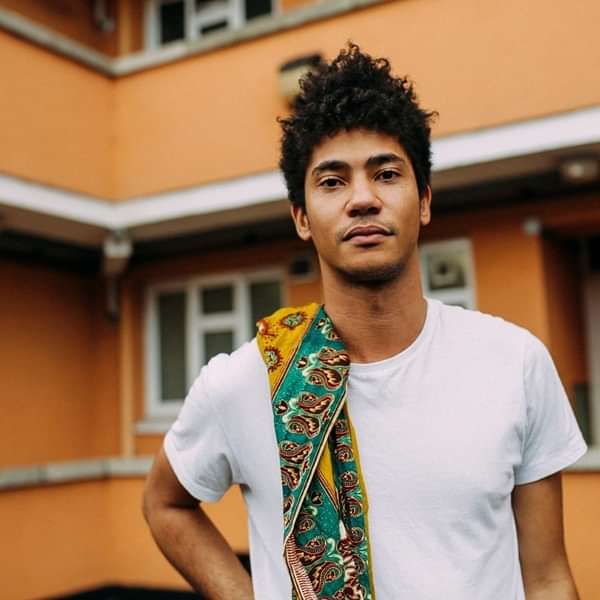