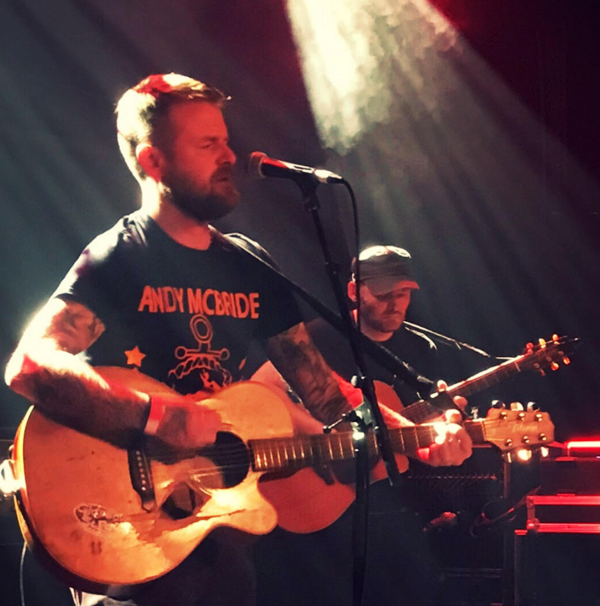 Mick Hargan has released 2 records ‘ Conversations Between Us ‘ & ‘45’ and tours relentlessly internationally and domestically - He also hosts all ages Showcases around Glasgow for up and coming musicians. He shall be releasing his 3rd album imminently

The Vintage Apollos have released one stunning album ‘Polyphony’ mixing the words of the late great poet Robert Paulley and the music of John Elliott.

A mix of Hargan’s improvisational powerhouse performances, married with the virtuoso musicianship of The Vintage Apollos, make this a must see concert and lift up Hargan’s songs to new emotive levels.

Mick Hargan & The Vintage Apollos have played George Square multiple times and this year they have opened up 2 sold out shows with The Skids, The White Buffalo, Bruce Foxton of The Jam and Jake Clemons of The E Street Band. Due to their busy individual schedules they have only played one other headline show in Glasgow which Sold out

Although punk rock, folk punk and rock n roll are often used in relation to 13 Crowes the band themselves refuse to be pigeon holed into genres. It's simply the working class sound of it's 5 members. Swearing only by the mantra of "4 chords and the truth".

Hailing from Southwest Scotland, 13 Crowes are a band that wear their heart and in uences on their sleeve. They are a band of experience and there is no denying who influences 13 Crowes and neither do they, instead they pay homage to those who have brought them together and impacted their lives so greatly. Bruce Springsteen, Tom Waits , Brian Fallon & poet Robert Burns to name a few. The storytellers who sing for the working class! Not trying to reinvent the wheel, the 13 Crowes are just trying to carry the torch and keep it burning.

The debut album Young Poets itself also refuses to be categorized. From the driving distorted guitars and angry gravelly vocals in the opening and title track Young Poets to the soft vulnerable heart wrenching slow dance tale between piano and vocals in the closing track Indiana, it's impossible to file this album under one certain genre. There is an unfiltered insight into the life of singer Cammy Black through his honest and heartfelt lyrics. The stories of youth, heartache, love, loss and memories of years gone by are told with unquestionable passion and honesty. You cannot help but get caught up in the lyrics, many of which are so relatable to us all. Accompanied by music that can get your blood pumping, get you to punch the air then bring you to your knees at the same time, Young Poets takes you back to your youth, the heartache and the memories but also allows you to look forward through the struggles that normal working class people might face, all in a electric 36mins.

With 3 European tours, 2 records and host of festival appearances in their short time together 13 Crowes do not rest on their laurels. 2018 starts off with a run of headline UK shows, quickly followed by a new single in April, a headline EU summer tour and multiple EU festival appearances.

13 Crowes will follow their debut album "Young Poets" will a second full length in late 2018. 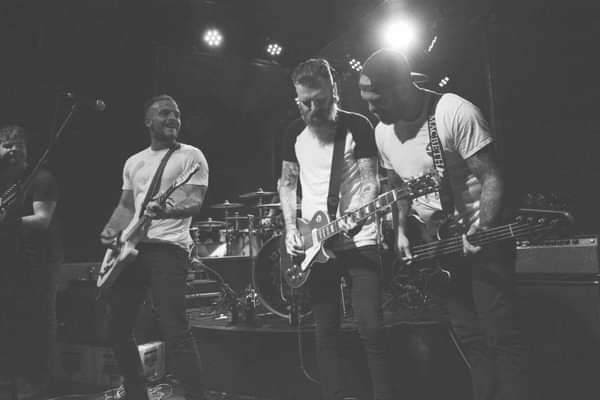